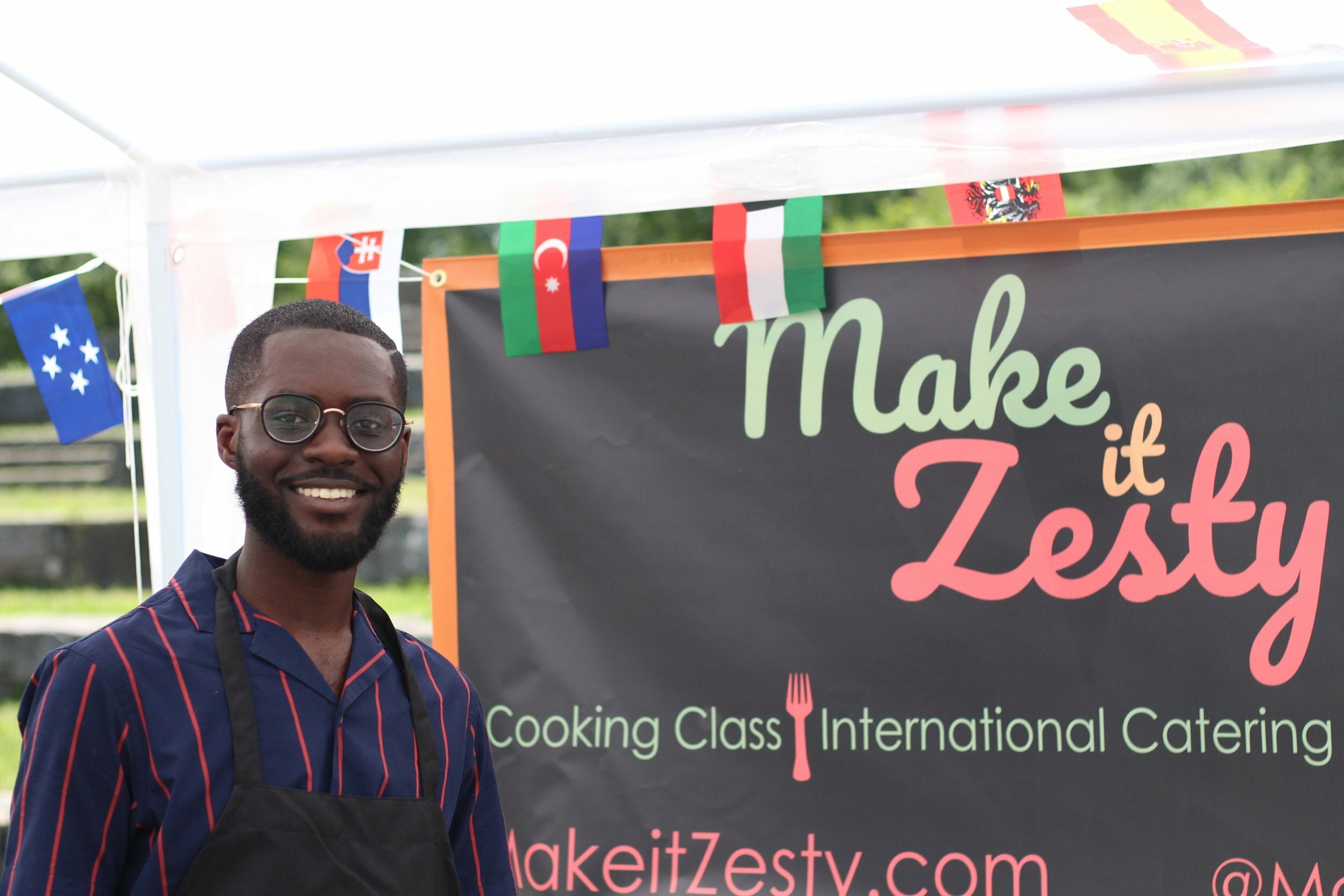 William Yeboah is the founder of Make it Zesty, a brand that has become an international cuisine catering company and academy.

About Make It Zesty!

Make It Zesty! (MIZ!) is a multidimensional mobile food and cooking service, providing our clients with good vibes, gainful information, and great eats.*MIZ! is licensed and insured in food handling. We serve clients both domestically and internationally.

William Yeboah is a highly motivated Chef, born and raised in The Bronx, NY. From a young age, William has always had a passion for experimenting with different flavors and spices that complement each other.

The US-based Ghanaian chef originally studied computer science at the university Yeboah’s passion for both food and technology while growing up influenced his decision to pursue both fields. Make it Zesty.

As a child, he always had a passion for exploring different flavors and spices that complement each other. This passion influenced his decision to become a chef.

William attended Tompkins Cortland Community College, where he majored in Computer Science in his first year. William is of Ghanaian descent, and since he was actively involved in different leadership roles on campus, he created a club, Afrikan Caribbean Association (ACA), and served as its president.

He created opportunities for students to learn more about their cultures through different research initiatives. William taught himself how to cook, and later on, started teaching cooking classes to other club members. He also began selling food to his peers on weekends. Eventually, William’s efforts led to the founding of the ACA Food Festival.

William realized that he had a passion for both food and technology.

Make It Zesty! In Ghana

In collaboration with The Royal Senchi located in Senchi Ferry Road, Akosombo, Ghana, Make It Zesty is hosting a BBQ grilling class package. This package includes a boat ride, Mixologist, LIVE DJ and room & board for 4-7 nights, and breakfast.

Arrives with the opportunity for the group of 2 to stay for 4 – 7 days at the resort, experience the fulfilling delight of a room with an aerial view of the river, free breakfast every morning of your stay, along with amenities. A very thorough cooking class personally taught by Chef MIZ every Wednesday and Saturday, along with free drinks during our class session.